Does a dimmed LED use less energy? 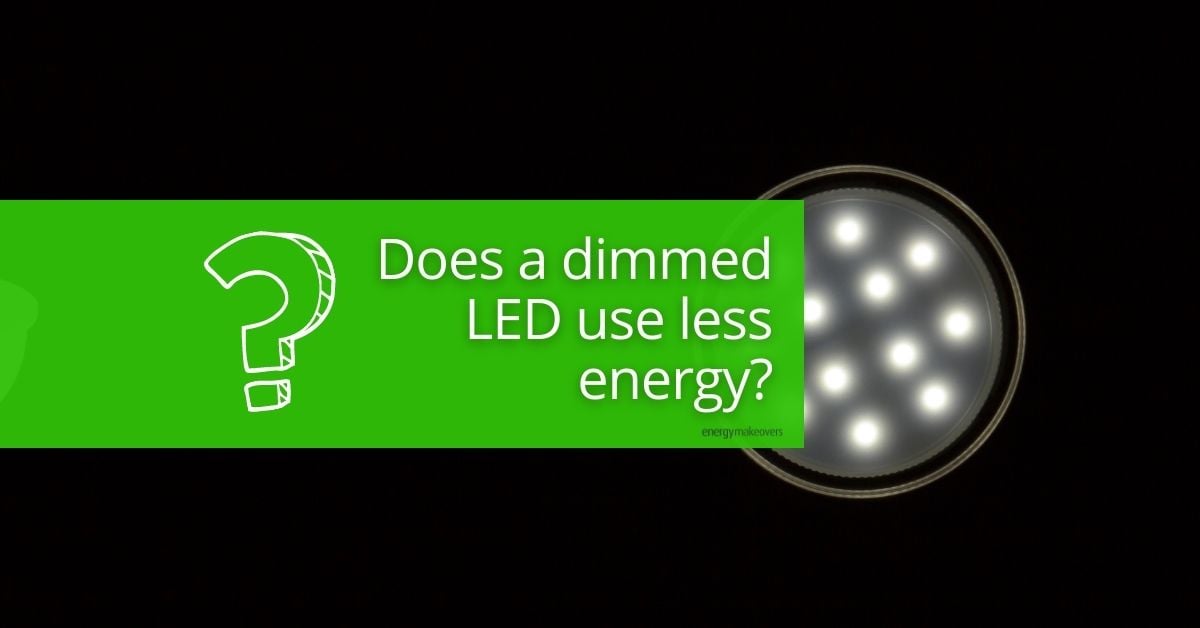 At Energy Makeovers one of our most popular services is an LED upgrade.

LED upgrades are available in Sydney and Victoria through subsidized programs like the VEU program and the HEER schemes. The state governments have opted to implement these upgrades because they help to reduce their overall carbon emissions and the bonus for residents and businesses is a significant reduction in energy consumption through their lighting requirements, plus it means that Victorians and Sydneysiders have the latest and most-efficient lighting technology in their properties, future-proofing them for the decades to come.

That’s why an LED upgrade is one of our most popular services.

We are often asked about dimmable LEDs – if we can supply them and if they’re eligible for subsidised upgrades. The answer is a bit more complex and we’re not going to answer that in this blog post. If you have dimmable lights and you want to upgrade to dimmable LEDs we’d recommend calling us to discuss your options and talk through the fittings you have in place. 1300 788 776

We thought it is more fun to explore whether dimmable LEDs use less energy when they’re dimmed than an LED that’s running at full brightness.

So, does a dimmed LED use less power?

Let’s reiterate again just how great LEDs are. They use such a low amount of energy in the first instance to supply light, so using a dimmer to reduce energy consumption is not something you should worry about.

The brighter an LED is, then the more energy it is using. Therefore a dimmed LED is using less energy than an identical LED running at full brightness.

Dimmers “rapidly shut the light circuit off and on to reduce the total amount of energy flowing through the circuit.” (source) This is done so quickly that the human eye doesn’t see it – 120 times a second. The dimmer the switch is set the larger the space of time between cycles. It’s a much more efficient system than old dimmers that converted the energy that wasn’t used to light a globe into heat instead. This made them inefficient and somewhat dangerous.

So, yes – if you use a dimmer switch on your LEDs you will use less energy, technically. But, just remember, LEDs are fantastically efficient anyway, so you don’t need to worry, any difference in your energy bill would be minimal.

Does a dimmed LED use less energy?

Yes. The brighter an LED is, then the more energy it is using. Therefore a dimmed LED is using less energy than an identical LED running at full brightness.

If I use a dimmer switch will I use less energy?