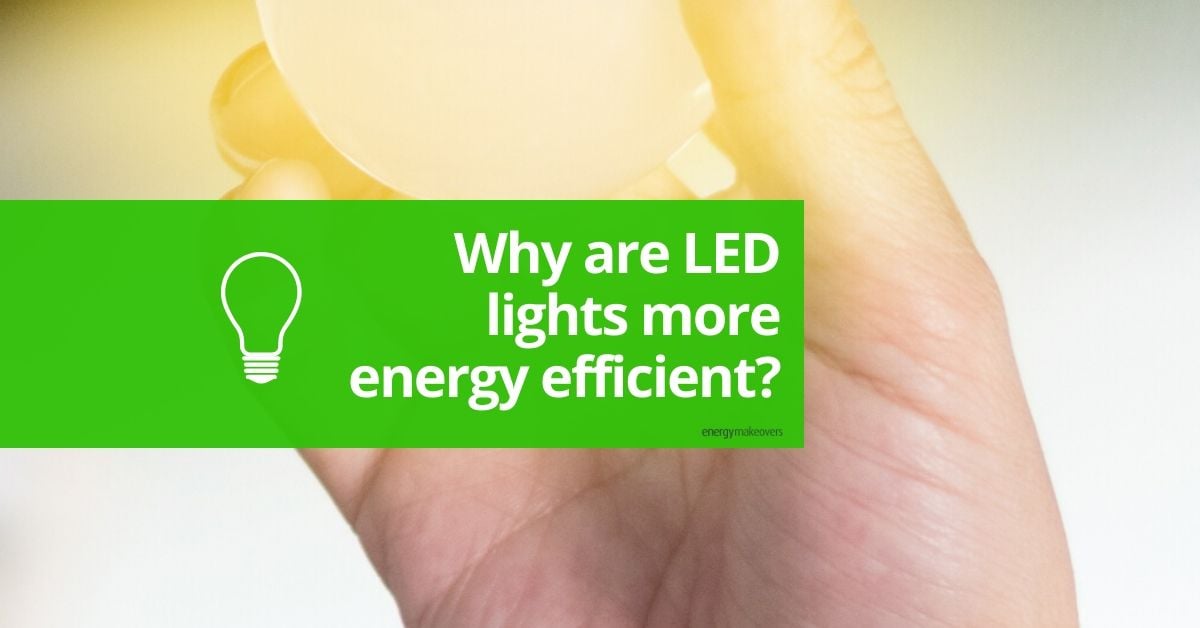 At Energy Makeovers we are one of the largest lighting retrofitters participating in the VEU program, offering free or subsidised upgrades to Victorian homes and businesses that wish to upgrade their lights to LED and save hundreds or thousands on their energy bills.

But, why are LEDs more energy efficient?

Incandescent lights are a great example of a globe with terrible energy efficiency – 95% of the energy consumed goes into heating the lighting implements and only 5% into lighting. If we compare an LED globe, 95% of the energy used is for lighting.

Compare a halogen downlight with an LED one; a halogen globe uses 30w of energy and emits heat of 60+degrees and supplies 500+ lumens of light. A typical MR16 LED requires around 5w to emit the same light (around 520 lumens). A saving of 85% of the energy needed while supplying the same brightness and quality of light.

The reason LEDs use less energy is in their contemporary design. It uses a semi-conductor that generates light. The How Stuff Works Team have a very complex and long answer on how a diode works, with diagrams here if you want to read more about it.

“LEDs are specially constructed to release a large number of photons outward. Additionally, they are housed in a plastic bulb that concentrates the light in a particular direction. As you can see in the diagram, most of the light from the diode bounces off the sides of the bulb, travelling on through the rounded end.”